EMBARKING on motherhood was a very different affair in the 1950s to what it is today. From how to dress baby (matinee coats and bonnets) to how to administer feeds (strictly four-hourly if following the Truby King method), the childrearing methods of the 1950s are a fascinating insight into the lives of women in that decade. In A 1950s Mother, author, mother and grandmother Sheila Hardy collects heart-warming, personal anecdotes from those women who became mothers during this fascinating post-war period.

From the benefits of ‘crying it out’ and being put out in the garden to gripe water and Listen with Mother, the wisdom of mothers from the 1950s reverberates down the decades to young mothers of any generation and is a hilarious and, at times, poignant trip down memory lane for any mother or child of the 1950s. 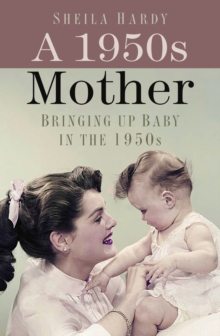