Sell us the Rope

Revolutionary, poet, lover. Robber, murderer, spy. May 1907 and a young Stalin is in London for a conference of Russian communists.

With Lenin, Trotsky, and Rosa Luxemburg among others he battles to keep the party radical, while dodging the attentions of the Czar’s secret police. He also finds himself drawn to a fiery Finnish activist, Elli Vuokko, beginning a relationship that is as dangerous as it is complicated. 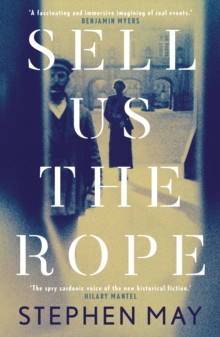