Combining psychological suspense with elements of the ghost story, Shadow Girls is a literary exploration of girlhood by the Booker Prize-shortlisted author of Jamrach’s Menagerie. Manchester, 1960s. Sally, a cynical fifteen-year-old schoolgirl, is much too clever for her own good.

When partnered with her best friend, Pamela – a mouthy girl who no-one else much likes – Sally finds herself unable to resist the temptation of rebellion. The pair play truant, explore forbidden areas of the old school and – their favourite – torment posh Sylvia Rose, with her pristine uniform and her beautiful voice that wins every singing prize. One day, Sally ventures (unauthorised, of course) up to the greenhouse on the roof alone.

Or at least she thinks she’s alone, until she sees Sylvia on the roof too. Sally hurries downstairs, afraid of Sylvia snitching, but Sylvia appears to be there as well. Amidst the resurgence of ghost stories and superstition among the girls, a tragedy is about to occur, one that will send Sally further and further down an uncanny rabbit hole…

Praise for Shadow Girls: ‘A terrific evocation of a bygone Manchester girlhood, poignant and creepy by turns, by one of the most under-rated writers in England’ D.J. Taylor’Compulsively readable, Shadow Girls is an atmospheric, shape-shifting novel, part coming-of-age, part supernatural thriller. Birch renders the atmosphere of the sixties impeccably, and conveys most brilliantly the taut, complicated relationships between teenage girls with all their neediness, bravado and gullibility’ Lesley Glaister 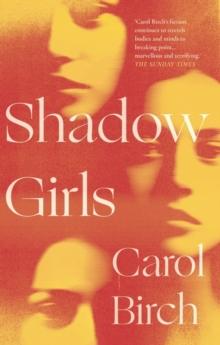