Accompanying a brand-new BBC series presented by David Attenborough. This is our Green Planet: a hidden world where plants care for other plants and can smell, taste, touch, hear and even . . . ‘talk’. In the world of plants, time passes more slowly, but if we speed months into minutes we can peer into this hidden world and realise: it’s a battleground.

Plants are working to thwart their enemies, and to trick animals into working for them. Right under your feet, and all around you, is a secret world you’ve probably never noticed. Until now.

Let’s explore our Green Planet: a secret world of plants that might change how you see plants forever . . .

Discover all there is to love about our astonishing Green Planet, the stories of its inhabitants, and the challenges it faces. In collaboration with BBC Earth, this illustrated non-fiction book is perfect for families, as it captures the intrigue, drama, and beauty of the groundbreaking new BBC TV series: The Green Planet, presented by David Attenborough.

Read this excerpt from the book!

10 amazing plants from The Green Planet

We’ve chosen a few of our favourite plants from Leisa Stewart-Sharpe’s book The Green Planet, which accompanies Sir David Attenborough’s brand-new BBC series. Read on to discover more about the secret world of plants… 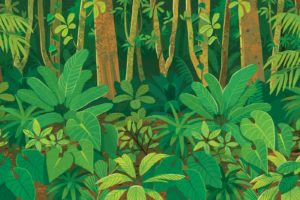 Did you know that plants outweigh all other life on Earth? And that they’re the human race’s greatest allies? They provide us with oxygen, rain, and food but they also care for each other, trick animals, and thwart their enemies…

1. Young daisies are eager spring sunseekers. In slow motion, they sway back and forth as they follow the sun’s journey east to west across the sky. This is called heliotropism, and although it looks exhausting, it’s the best way for young daisies to soak up maximum rays so they can grow.

2. Crafty pitcher plants have a unique way of rustling up dinner. These jug-shaped death traps smell irresistible to unsuspecting bugs, which soon slide off the slippery rim into a deadly drool pool below. 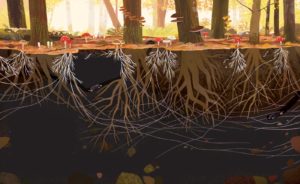 3. All over the world, far beneath our feet, plants and fungi are ‘talking’. Just as the internet works by sending information through cables underground, the natural world has created its own communications network beneath the ground. For example, mushrooms, such as the fly agaric, have a network of long, thin threads called mycelium that reach under the soil for kilometres. These fungi threads plug into the end of tree roots, giving nutrients while taking sugars for themselves. And when a plant is under threat from leaf-eaters, it sends out an SOS message through the fungi network to warn its neighbours. They then fire off chemical repellents to fend off hungry bugs. 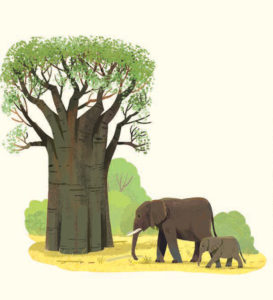 4. In Zimbabwe, the mighty baobab can live for thousands of years, able to survive droughts by holding thousands of litres of water in its trunk.

5. The rafflesia is a vampire on Borneo’s forest floor. It has no leaves for photosynthesis, so it burrows into climbers to suck food and water out of them. After months, the rafflesia’s cabbage-shaped buds burst out of the climbers and reveal one of the world’s biggest flowers. It’s also known as the corpse flower because these blooms reek of rotting flesh to attract flies (its favoured pollinators).

6. Plants that live between the poles and the tropics are ruled by four seasons. Some are evergreen and keep their leaves all year through. Others, like maple trees which are deciduous, shed their leaves in the autumn to channel all their resources into their roots so they can survive the frozen winter ahead. They stand bare, but not lifeless, and wait. As spring sunshine finally peeks through, the maple trees in North America stir as the sap begins to rise. Stored in their roots during the winter, this sugar and water solution now flows up to the plants’ twigs so they can sprout leaves. Then it’s a race to feed, grow and reproduce before the winter shutdown returns. 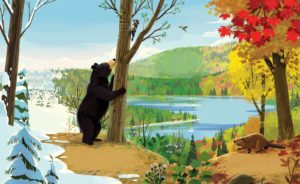 7. The cholla (choy-a) cactus might look cute and fuzzy but what you’re looking at are its brutal barbs. Its arms produce buds, which are covered in barbs that plunge and hook into an animal as a painful reminder to stay away from the cholla’s water-filled flesh.

8. The world’s smallest flowering plant, wolffia, a member of the duckweed family, rarely produces flowers. Instead, it reproduces by cloning itself. Left unchecked over four months, a single duckweed plant could multiply enough to cover Planet Earth!

9. High up on Venezuela’s ‘Devil’s Mountain’, lives the murderous bladderwort. Bladderworts are the largest group of carnivorous plants in the world. It plunges its long, tentacle-like stolons into mini pools of water to grow where animals swim. Along each stolon, pinhead-sized bladders grow – watertight, with a hairy trapdoor. And when an unsuspecting insect larva brushes past the bristled trapdoor – WHOOSH – it’s sucked inside to be digested. 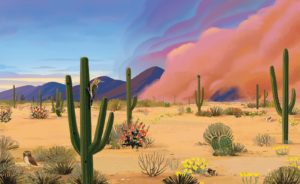 10. The gigantic, tree-like saguaro cactus of America’s Sonoran Desert has a pleated, barrel-shaped trunk. This trunk can expand like an accordion to store up to six tonnes of water (that’s enough to fill a bath eighteen times). But it’s only enough to last the saguaro a few months. 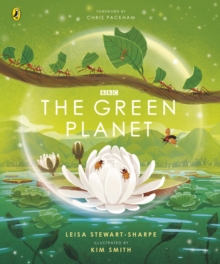