Raphael is a dumpsite boy. He spends his days wading through mountains of steaming trash, sifting it, sorting it, breathing it, sleeping next to it.

Soon Raphael and his friends Gardo and Rat are running for their lives. Wanted by the police, it takes all their quick-thinking and fast-talking to stay ahead. As the net tightens, they uncover a dead man’s mission to put right a terrible wrong.

And now it’s three street boys against the world…

Now adapted into a Bafta-nominated film directed by Steven Daldry and written by Richard Curtis. Raphael lives on a dumpsite, eking out a living sifting through rubbish. One unlucky-lucky day, he makes an extraordinary and deadly discovery. 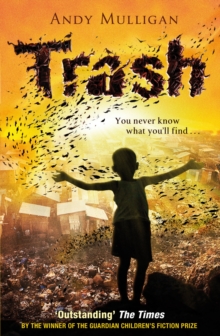