With a HUGE global fanbase, Dork Diaries is the perfect series for fans of Diary of a Wimpy Kid, Tom Gates and Jacqueline Wilson.

Welcome to Nikki Maxwell’s aDORKable world in the fourteenth book in the mega-selling Dork Diaries series – now with over 45 million copies in print worldwide!

Nikki and her bandmates are looking forward to an AWESOME summer on tour as the opening act for the world famous Bad Boyz!
The only problem? Nikki’s frenemy, MacKenzie, has weaseled her way on to the tour too. And, worse still, it turns out she’s going to be Nikki’s new roomate! Will Nikki survive her dream tour turning into a nightmare?! 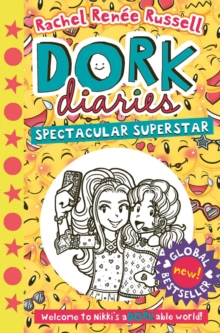