Godwin and his family dominated English politics for almost half a century, establishing themselves as the most influential and powerful dynasty in Anglo-Saxon England. At the height of its power, it took a matter of weeks for the dynasty to fall. Earl Godwin established himself as Cnut’s most senior advisor and continued that role to become even more influential during the reign of Edward the Confessor, seeing his daughter Edith become queen and his two eldest sons, Swegn and Harold, given earldoms.

After Godwin’s death four of his sons held earldoms, and Harold was to emerge as Edward the Confessor’s senior earl and eventually become king of England. This book considers the key events throughout this period, including Godwin’s emergence, the succession dispute after Cnut’s death, the rise to prominence of his eldest children, the family’s exile and dramatic return, the quarrel between Harold and Tostig, and the Norse and Norman invasions. Specific chapters are devoted to Godwin’s involvement in the Anglo-Danish succession, the family’s exiling, Harold’s trip to Normandy, William of Normandy’s claims to the English throne, re-assessments of the accepted Norman landing site and traditional site of the battle of Hastings, and the fate of the remaining Godwinsons post-1066. 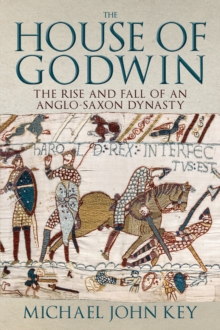