The Fate of Abraham (12th May)

For more than a generation, the idea that the end of the Cold War would be succeeded by a new conflict – between Islam and the West – has dominated. At first, with the events of 9/11, this thesis seemed prophetic, but as Peter Oborne shows in his remarkable and important new book, The Fate of Abraham, it could not be more wrong, and it continues to cause huge damage around the world, with disastrous consequences. Oborne shows how the concept of an existential clash is a dangerous and destructive fantasy.

Many in influential positions in governments across the West have suggested that Islam is trying to overturn our liberal values and even that certain Muslims are conspiring to take over the state. But in reality, these fears merely echo past debates, as when from Tudor times to the nineteenth century Catholics were the target of Protestant suspicion; once Catholics were incorporated into the state, it was Jews who were treated with hostility by a Christian nation. Now we are repeating the pattern.

With murderous attacks on Muslims taking place from Bosnia in 1995 to China today, Oborne dismantles the lies and falsehoods that lie behind them, and he opens the way to a clearer and more truthful mutual understanding that will benefit us all in the long run. 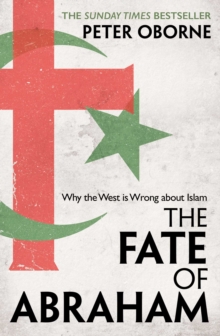