An American general in Wellington’s army?At the age of fourteen, Frederick Robinson fought for the Loyalists in the War of Independence. With their defeat, his now impoverished family took refuge in England. After serving against the French in the West Indies, he worked in army recruitment in London.

In 1813 he joined the Peninsular campaign as a Brigade Major General. His journals and letters shed light on the local topography and the personalities he encounters – the British grandees of Oporto, landed gentry, priests and peasants, Wellington and his generals and the common soldier. He also describes the marches across country and the battles of Vitoria, San Sebastian, the Nime and Toulouse.

Subsequently, he commanded a division in America during the War of 1812. After colonial governorships in Upper Canada and Tobago, he continued to contribute as a Regimental Colonel. At his death in 1852, he was the longest-serving soldier in the British Army. 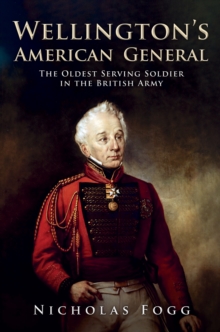